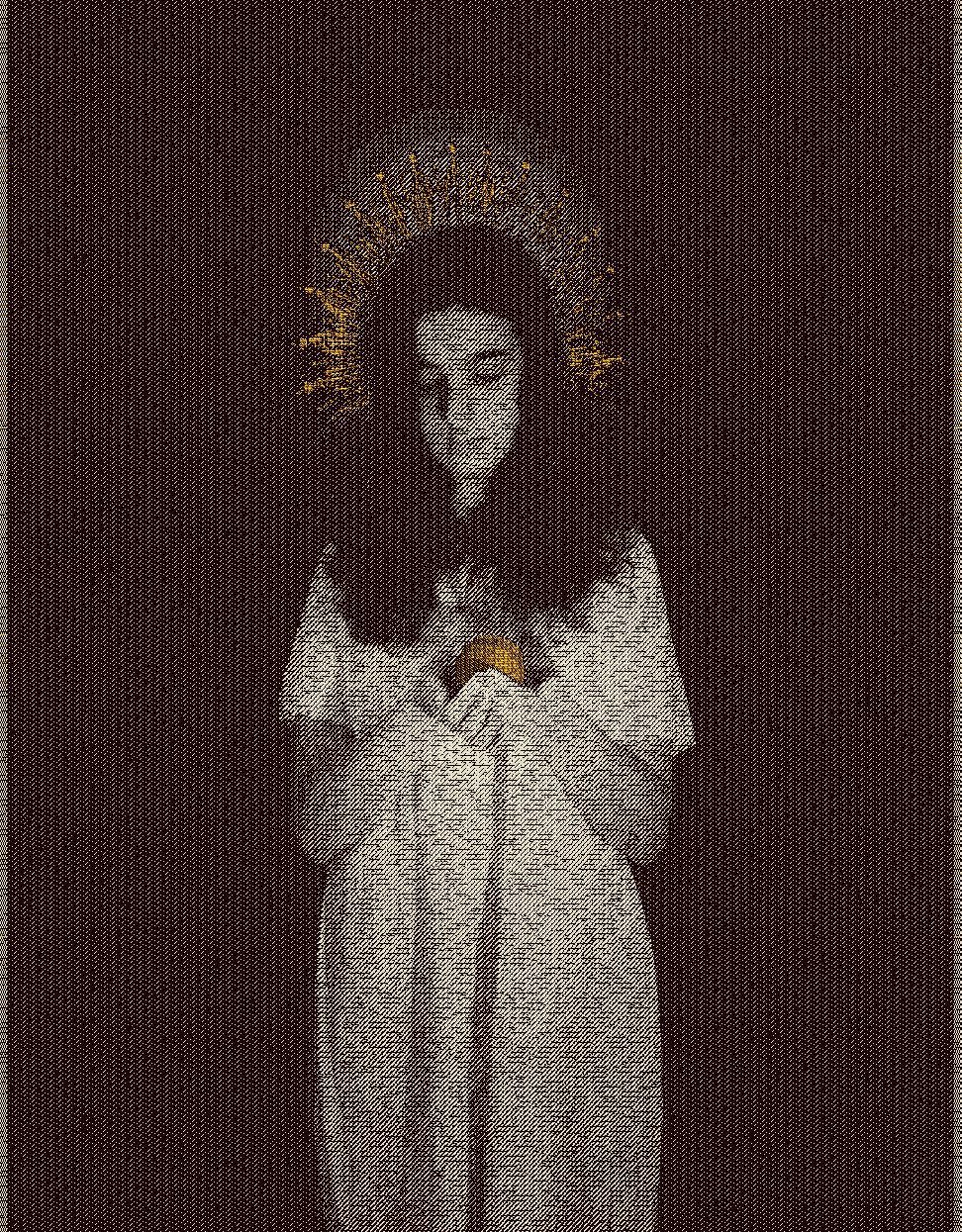 Image Statement: Regarding the subject, the piece is part of a series based on Cuzco paintings that represent the Virgin girl spinning dressed as the Inca Ñusta, an image that mixes the Andean culture with the Spanish. The girls look at us, impassive, they go through time carrying their treasure until they deliver it to Diana, a contemporary Ñusta / girl. In terms of representation and support, the piece plays with the boundary between what is and is not textile. The cards used to translate the design that is woven on jacquard looms are considered the antecedent of the cards of the first computers. The binary logic (a taken, a left, card with or without a hole) is translated into the binary logic of the digital language of zeros and ones. The image is a fabric (?) Whose support is binary in a double game, that of digital language and that of textile language. However, the three-dimensional illusion is also digital. Is textile a fabric that exists as a possibility of being woven? Are works that are only shown and exhibited in the virtual universe textiles? Like the virgins-ñustas, the textile of the digital world is configured in an ambiguous space.