There Will Be Time 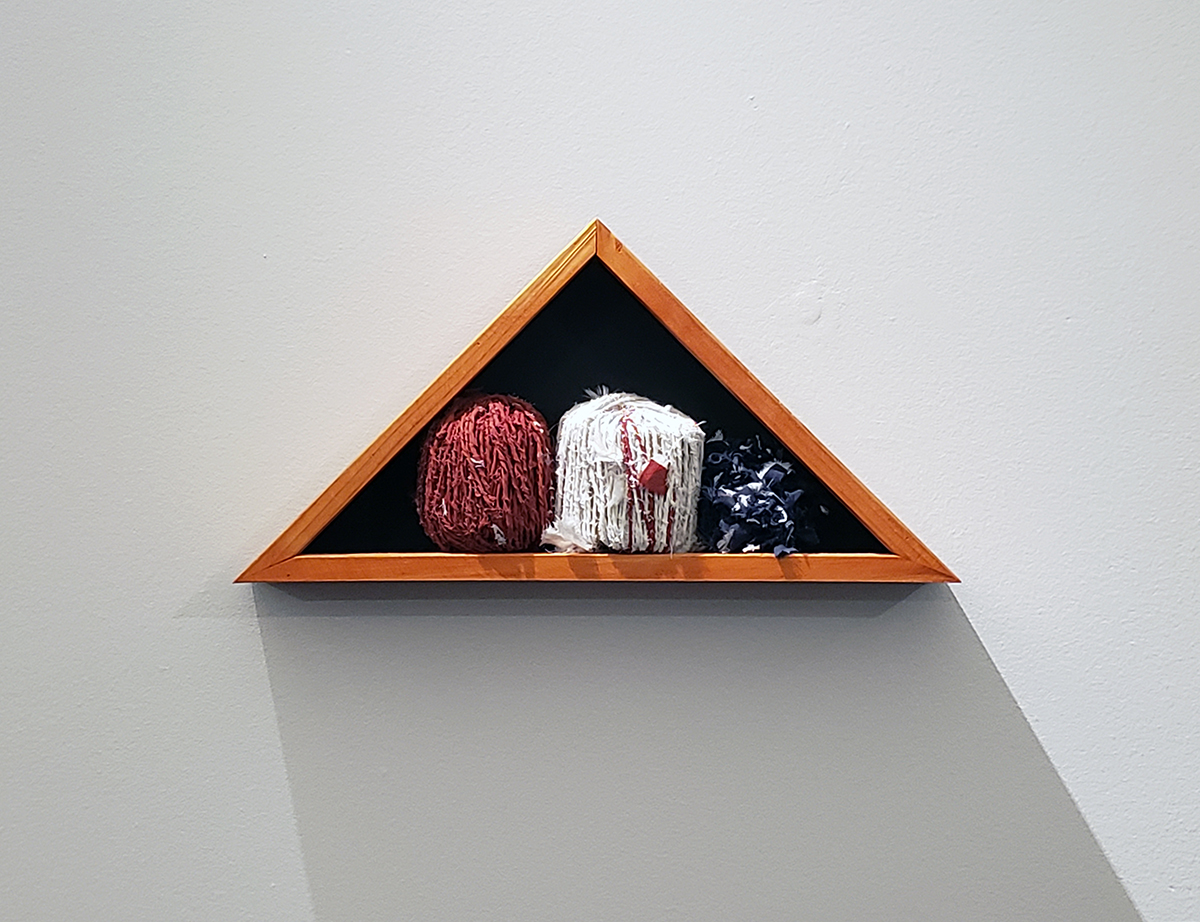 Title: There Will Be Time

Attribution: There Will Be Time, 2016, Erin King

Image Statement: This piece was made during the worldwide Women's Marches in response to President Trump's inauguration, as well as the ignorant responses to Kaepernick's kneeling during the National Anthem. I researched U.S. Flag Code to ensure I did not break any flag (or avoided blatantly disrespecting the flag). The flag was torn apart, not cut, and I tried my best to keep the strands in continuous lengths of fabric. Originally I saw it as a negative protest piece, but during a studio visit with the director of the art department, I learned that the strength of this piece was that it was suspended between states, and suggests that all is not lost and that we can rebuild.