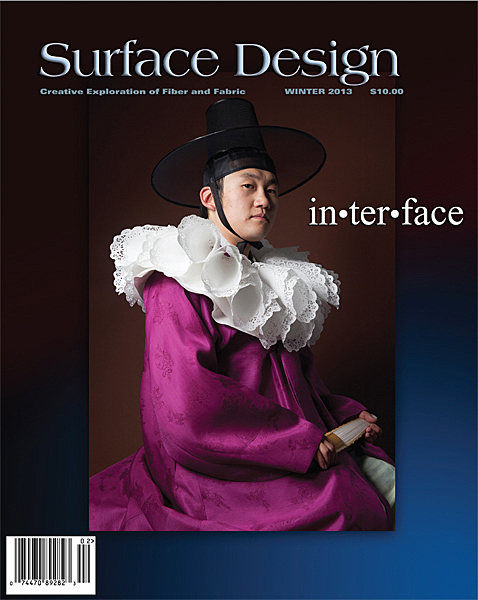 “In·ter·face is defined by Merriam-Webster as ‘the place where two independent systems meet and act on or communicate with each other.’ Later this year, hundreds of textile-loving artists, educators, and enthusiasts will do just that when they come together at the 17th International Surface Design Association Conference* in San Antonio, Texas (June 6­­–9, 2013). This year’s keynote speakers, acclaimed artists Janet Echelman and Nathalie Miebach, will open our collective minds to ways of engaging more creatively with the world around us. I hope to see your there!”
—Marci Rae McDade, Journal Editor

*Click here to read the conference brochure and register online.

Find related links to this issue’s profiles and features below: 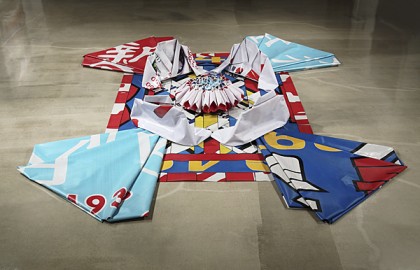 “Clothing as Interface is not just a personal investigation; it also supports the value of hybridized identities in a world where people, often disconcertingly, prefer to cling to expressions of identity defined as ‘pure,’ many carried out through dress or other textile forms.” 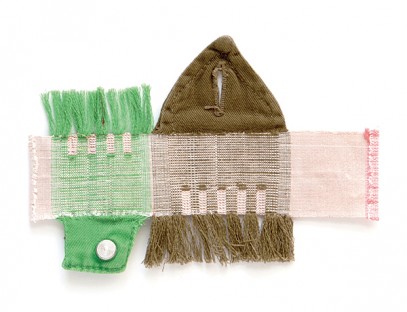 “Constructed as brooches, each piece is a curious hybrid of industrially manufactured cloth unpicked and partially rewoven by hand: a literal interface between hand and machine. The new shapes are familiar but altered.” 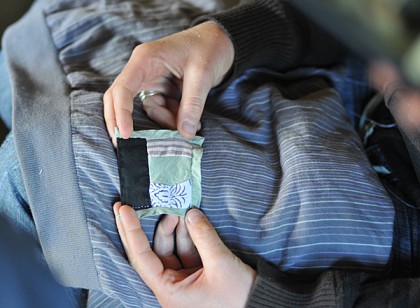 Change from Within: Otto von Busch

“Hacking is something you do because you love fashion . . . I believe it is better to make change from within the system, by not destroying it but building on it.” —Otto von Busch 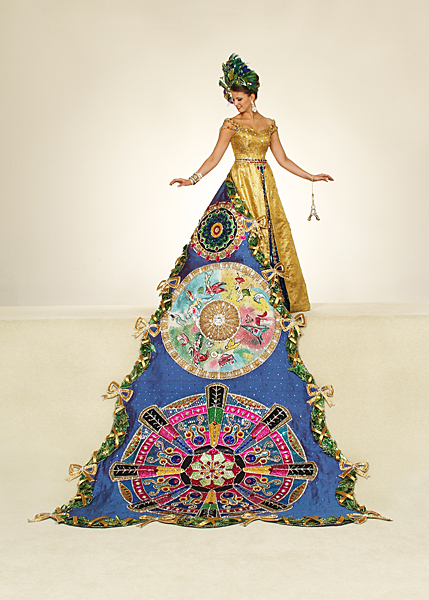 Catching the Light in San Antonio

“Year after year, royal robes have gotten heavier, more expensive, and better at catching the light. Why have hundreds of families over the over the past century continued to participate in such a costly event, even during trying economic times? Anthropological fieldwork reveals that the oft-repeated mantra, ‘It is a family tradition,’ is key to the continuance of these coronations.” 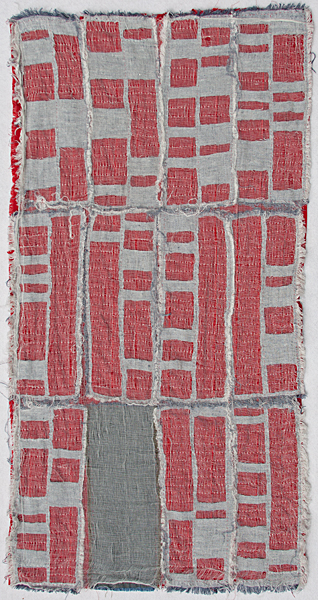 “These new works took their form from foreclosure maps that marked the disintegration of neighborhoods in Atlanta, Cleveland, Detroit, Las Vegas, Phoenix and beyond. Instead of process, composition, and formalism playing a dominant role in the work, Clark’s design decisions now reflected her socially charged subject matter through the careful introduction of potently metaphoric materials.” 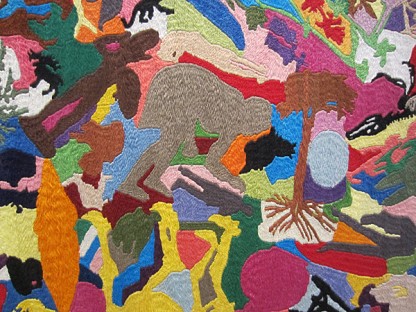 “Boetti’s textiles exquisitely embody his expansive artistic practice. These physical objects of beauty are profound, in part, due to the elusive and multilayered nature of their making, from concept to realization. As records of time, they chart, over two decades, the shifting political boundaries of countries around the globe. Literally and metaphorically, the textiles symbolize Boetti’s belief in the creative possibilities of a cross-continental collaboration.” 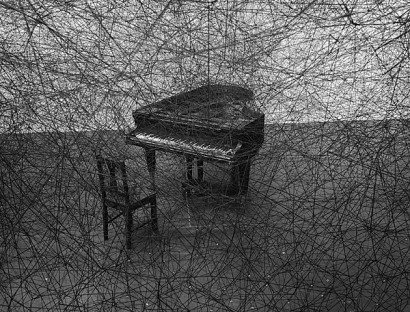 An Artworld under the Spell

“Never has the ‘spell’ of fiber and textile on the world of contemporary art been as rampant as we have seen in the last decade. Painters, sculptors, jewelers, furniture designers, architects, installation, and performance artists, as well as interdisciplinary artists of every ilk, worldwide, have been appropriating the materials, techniques, and strategies directly associated with textile and fiber.”

Pae White is represented by 1301PE 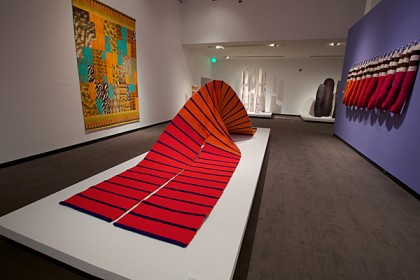 Mining for Gold in Museum Collections

“When artists select items from a museum collection based on visual characteristics or for more personal interpretations, they can encourage viewers to see new meanings and develop a better understanding of chosen objects. When they create a new piece inspired by a collection, these artists open another door for the viewer, demonstrating how visual source material can be utilized to generate fresh ideas.” 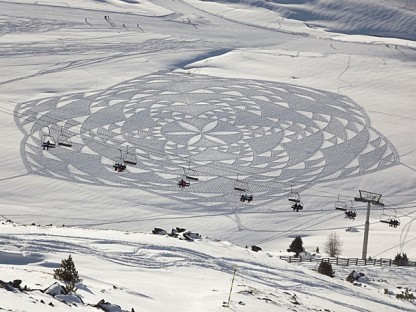 “Seen from afar, the patterns look like whitework quilts from a higher realm, stitched by unearthly visitors who view the snow covered surroundings as their canvas, yet the origin of these masterpieces is closer to home. They are the work of Englishman Simon Beck, whose unique vision is creating a stir in the online and skiing communities.”

Click here to see a sample of the Winter 2013 issue