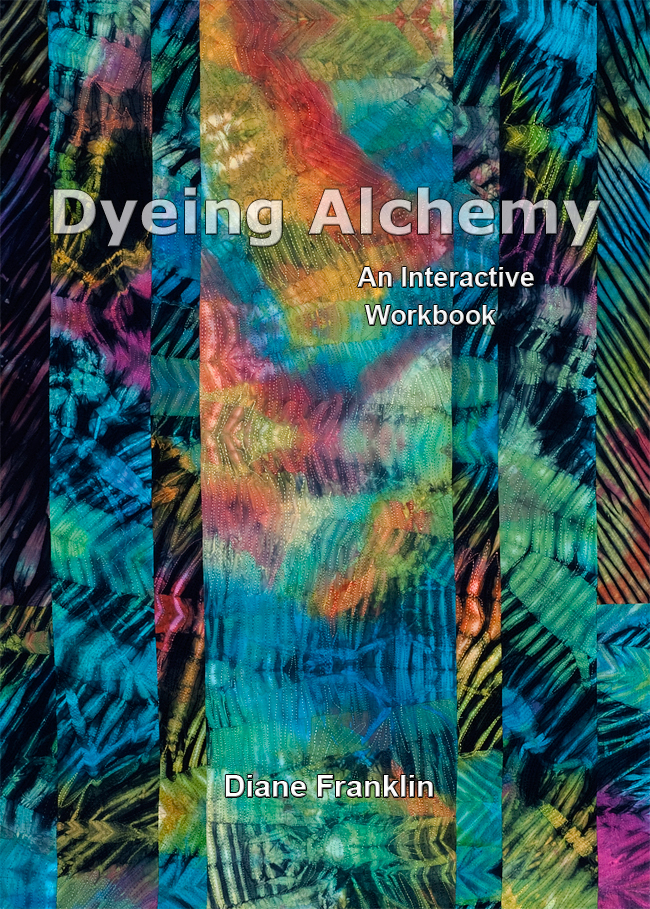 These books came about almost accidentally.

Although I’d been dyeing fabric for about 20 years, I’d mostly done so using volume measurements. As I learned more about Procion dyeing, I became attracted to the idea of dyeing by weight. I could see the many advantages of this method, including the ability to reproduce colors and the cost savings that result from using the correct amount of dye for the amount of fabric being dyed. 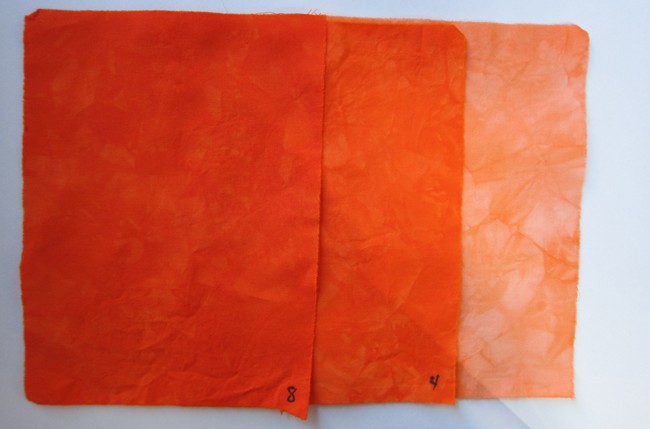 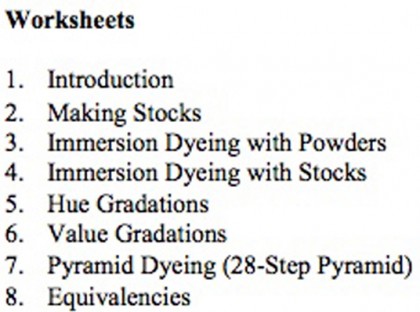 One worksheet led to another – and soon I’d developed individual worksheets for the various dyeing processes that I frequently used. Each process is included in the interactive workbook.

Having seen firsthand the value of these worksheets, I decided to turn them into a workbook that others could use. I knew that many people who wanted to dye by weight were intimidated by the complex math involved.

Dyeing Alchemy: An Interactive Workbook removes those fears because it requires that the dyer enter only the fabric weight, desired depth of shade and possibly a color mixing formula. Once that is done, everything else is automatically calculated. 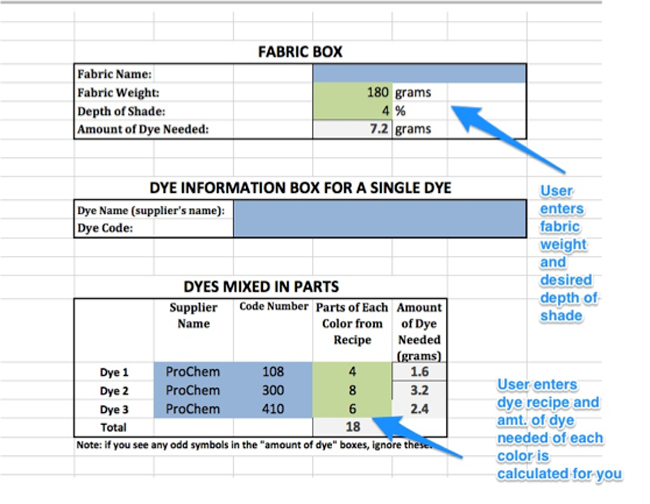 I soon realized that I needed to write a second part of the book – a primer about the basics of Procion dye chemistry and color theory as it applies to dyes. I also wanted to explain how to use the workbook and describe in detail the processes included in it. 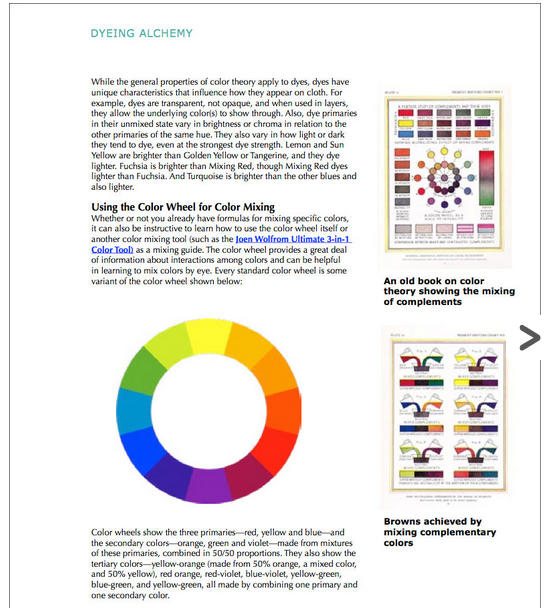 While there are numerous excellent books that cover Procion MX dyeing (many of which are included in the Resources section of Dyeing Alchemy), I was not able to find a book that focuses solely on this kind of dyeing at a depth that includes information about dye chemistry, color theory and multiple dyeing methods. 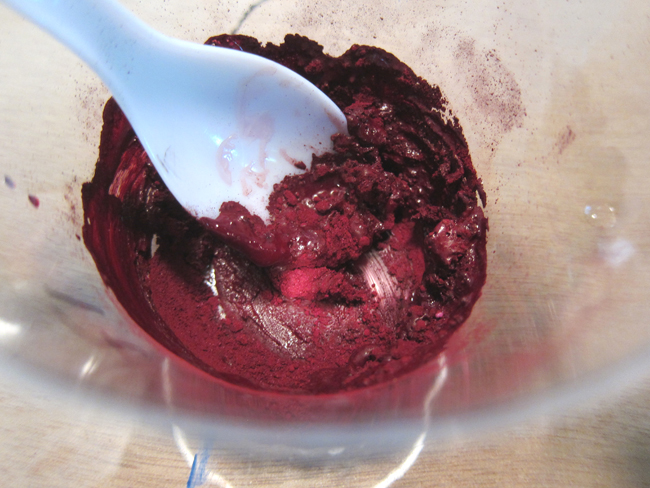 Many of the existing books contain information about other types dyes as well as paints – or they are project-based books in which the dyeing portion is incidental. More importantly, as far as I know there is no other book available that does all the dyeing math for a series of common dyeing processes.

I had heard of spreadsheets on some dyeing lists and web-based dye calculators. I was unable to find anything comprehensive that calculated not only the amount of dye power or stock needed, but also the amount of auxiliaries, water, etc., to use with specific amounts of dye for 5 separate processes. 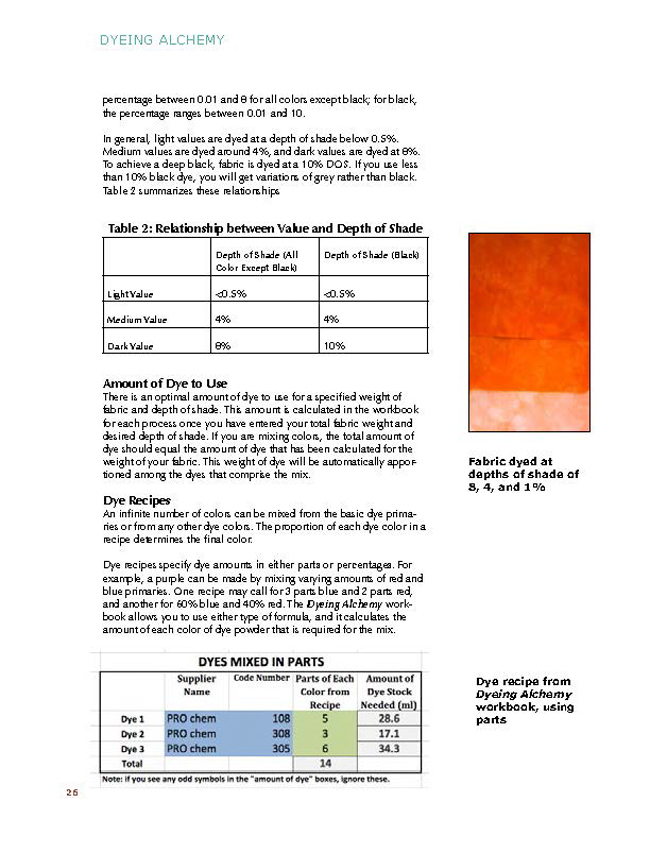 Challenges & Rewards of Creating A Book 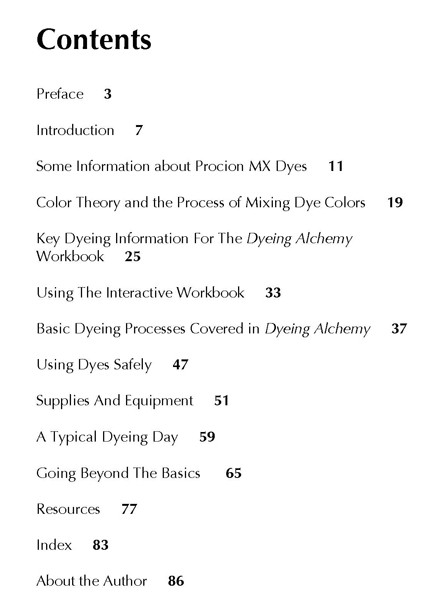 The easiest part was the writing.

I had no idea when I started how much else is involved in creating a final book, especially one that is published and distributed electronically.

Although I had used Adobe Photoshop, Illustrator and InDesign in the past, I had done so only for small projects. So next I had to master the intricacies of each program.

Then I needed to create a book design in InDesign and populate it with text, photographs and illustrations. Since I had no budget for a photographer, I had to borrow a tripod and lights and learn how to take good photographs to use in the book. I also had to dye dozens of samples to illustrate specific points.

Throughout the process, I grappled with a myriad of technical problems, especially related to the Dyeing Alchemy workbook. The workbook is a Microsoft Excel file, and the formulas used in it are nested and very complex. I needed to ensure that users would not accidently overwrite the formulas or mess them up. I also had to think about how people who did not have Excel on their computers could access a web-based version of the workbook.

Finally, I had to find a way to make the workbook visually interesting. 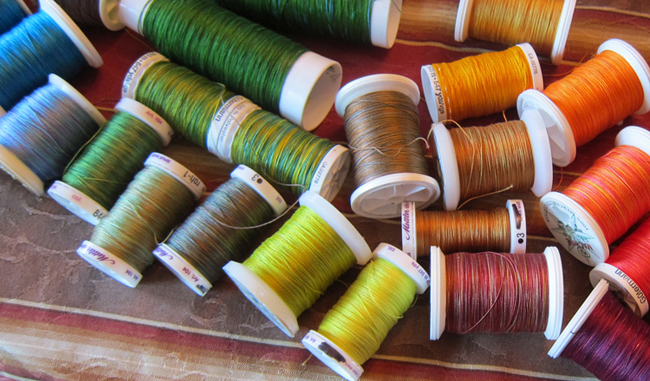 Then I had to research the publishing and distribution of eBooks. Originally, I planned to distribute the book through a digital distribution site. But close to the end of the process, I learned about an ecommerce plug-in that could be integrated into my website. This required a reworking of my website and the creation of some new pages. 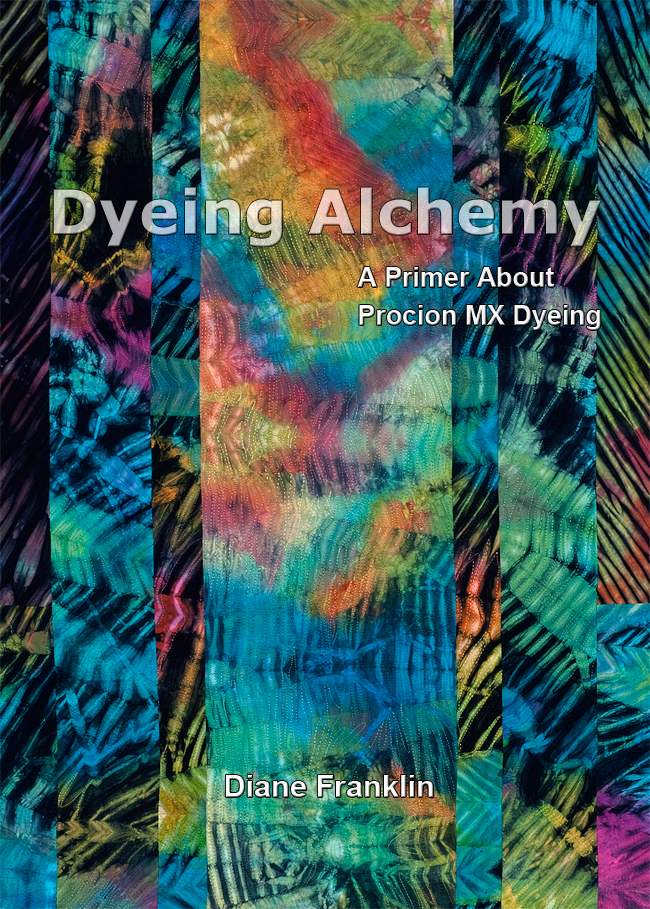 1. Writing a book is not for the faint of heart. Unless you have the budget to pay others to do pieces of the work, you’ll need to learn multiple software programs, take and process your own photographs and become knowledgeable about book publishing options, permissions, distribution and marketing.

2. There will be many technical challenges.

3. People will step up to help in surprising ways. Some I didn’t know, as well as some I did, offered to edit the manuscript, shared photographs and allowed me to use examples of their work in the book. Others lent me photographic equipment and buoyed me up when I was feeling overwhelmed.

4. You won’t have much time to do other things, so you will need to find a balance that works for you. For the many months I worked on this project, I continually had to juggle time in my studio with time spent writing the book.

5. The result was well worth the work. I am proud of what I created and hopeful that it will be useful to both accomplished dyers and those who are just getting started.

Dyeing Alchemy is available for purchase through my website at dianewfranklin.com/dyeing-alchemy. 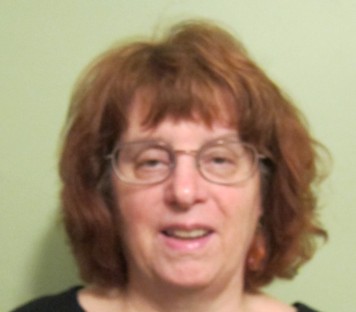 Diane Franklin is a dyer and art quilter whose work has been exhibited widely in many juried group shows throughout the United States. In 2013, her entry won Award for Surface Design at Quilts=Art=Quilts 2013 exhibition at Schweinfurth Art Center. She had her first solo show in 2013 with another scheduled for January 2015.

Recently retired from a long career as an academic, non-profit executive and consultant, she is now able to pursue her artistic passion on a daily basis, working out of a studio located in an historic chocolate factory in the Boston area.

She joined SDA Board of Directors – a volunteer position –  in June of 2014.

Visit her website at dianewfranklin.com.
Check out her blog entitled On Art, Inspiration and Everyday Life